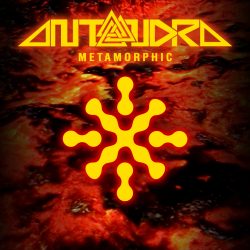 The Metamorphic EP has a volcanic theme influenced by my travels to Iceland. During my time there, I saw snow covered volcanic peaks, black sand beaches and glaciers. I also visited the Lava Centre, which had simulations of volcanic activity and tectonic movement. Iceland has extraordinary land formations, and often it felt as if being on another planet. My trip was during the Summer Solstice, and I experienced 23h/day of sunlight the entire time, which was awe inspiring and surreal.

Track three, Liquid, was made on the plane and while in Iceland. I went to an ice cream shop in downtown Reykjavik, and there was a kid who was exclaiming excitedly about the liquid nitrogen machine. Every time the machine was turned on and steaming, he would run up to the counter and shout, “Look, liquid!” His enthusiasm was contagious, and it seemed as though it connected all the patrons at the shop regardless of language barriers or cultural differences. I wanted to capture the moment, so I took a short video which I later sampled into audio, chopped up, and time stretched beyond recognition.